The cinnamon rolls that ate Absarokee

It has been awhile since I posted anything. There have been some family things going on and I just haven't had the time. I have been at my dad's since Saturday and came back to Forsyth to catch up on some work that I couldn't handle from 160 miles away. While I was with my dad I did quite a lot of cooking. Some things turned out better than others. This is one of the things that didn't. 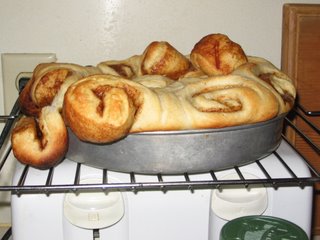 I guess the recommended "rise" time isn't just a suggestion after all. Anyway, these are cinnamon rolls and apparently they were edible--at least no one had to call 911 (this time). I sent this picture to my office and they got a good chuckle out of it. I told them I was going to open up a cinnamon roll stand outside of my dad's house in Absarokee. They told me not to quit my day job. 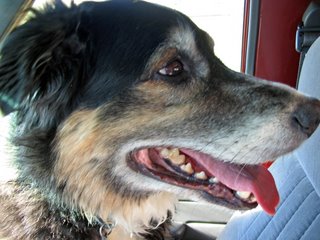 My brother's dog and I have had quite a few adventures lately. Here she is after a walk at Butcher Creek. You can't tell from the picture, but she's very wet; but only from the back down. She's a wader, not a swimmer. 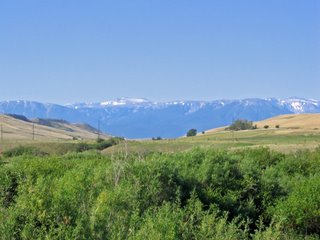 Quite a view, eh? This was taken on Butcher Creek. I'm not sure what the shrubbery is, but it might be a noxious weed of some sort. I need to take my weed i.d. book with me next time I go out there. 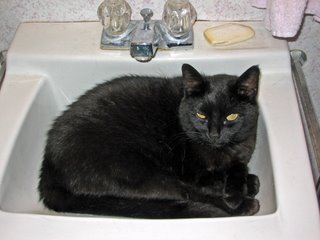 This is a picture of our "mama" cat. She is the only one of our six that go outside. She was outside partying all night and came in to catch up on her rest. As you can tell, she wasn't too thrilled when I woke her up to take this picture.

Back to the mountains for me!

It's been awhile since I posted, but it's not for lack of things to talk about. I have been busier than a one-legged gal in a butt kicking contest. Anyway, I am at my dad's house for awhile, so hopefully, I will get a chance to blog a bit. 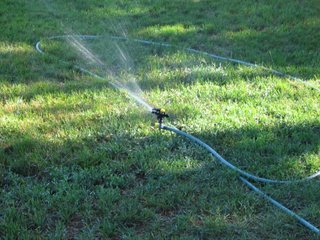 Last weekend I was also in Absarokee. My brother and I got quite a lot accomplished, if I do say so myself. We cleaned up the mess from the basement flood (a yearly event lately), finally got the pump for the well running (which will hopefully help to alleviate the aforementioned flood), did a bunch of cooking and visited up a storm. All in all it was a very good weekend! As you can see (above), there is plenty of pressure from the pump; we were running two sprinklers at the time. 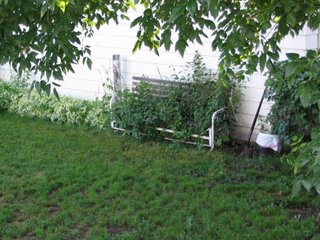 My mom sure would be happy to see the yard greening up. Before she got sick it was a real showplace. The bench in the picture above was mom's. It hasn't been used for a long time, as you can tell by the foliage. 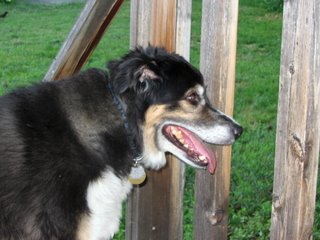 Shasta (the disasta) had a great time too. She looks a bit demonic in this picture; she was waiting for her man (my brother) to come back into the yard.

On the road again--or should I say still

Well I spend the last couple of days in Lewistown, Mt at the Yogo Inn. I think I would have slept better in the rescue mission, if they had one. I think I am becoming a mattress snob, because I can't sleep well on anything that has coils sticking through it, LOL! Anyway, the motel did not live up to our expectations in any way other than the staff and they were awesome! I'd rather sleep in my car though, than sleep on one of their beds again.
I guess I should just stay home--NOT!

I have felt rather blah about blogging lately. I think it is because we are doing a revamp on the work website and I have spent a whole lot of time staring at a computer screen lately. I have also been on the road again, so blog-time has been pretty scarce.

My recent work adventures took me to beautiful Livingston, MT for a workshop. I had a very good time at the training but stayed in the motel from h*ll! The bed was hard as a rock, the wireless internet didn't work and the television only had 12 channels and most of them resembled Lifetime Network--ack! On a positive note, the lady at the front desk was very nice. All in all though, I am VERY sure I will never be staying at the "Worst Western" in Livingston again. 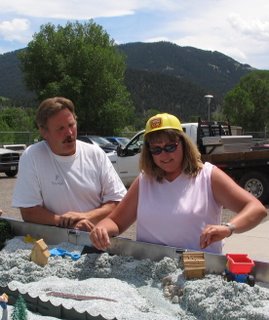 After the training I spent some time with my family in Absarokee. As always it was a blast. I didn't take many pictures with my digital camera; I was too busy playing with my new cell phone. It is pretty nifty; now all I have to do is figure out how to put pictures from it onto my blog (I am obviously Norwegian--I don't read directions unless I HAVE to). Anyway, it has a 1.3 mega pixel camera, with video and an MP3 Player! What I really like about it is that when my son calls, his picture pops up. Life IS good. 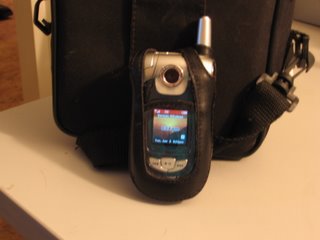 Posted by dmmgmfm at 9:01 PM No comments: