I have all kinds of new pictures I would love to post, but alas, the dial-up connection here in Absarokee is prohibitive. You will just have to wait for a few days to see the cute cat, family fun and Derby Fire pictures.
In other news, we found out this week that my favorite male cousin has acute leukemia. There is absolutely nothing "cute" about it. He is in the hospital having chemo right now. The docs told him that if he chose not to take the treatments, he would be gone in 2 weeks. It doesn't sound very good for him, so please keep him in your thoughts and prayers. We are going to spend some time with him in the hospital tomorrow.
Now on to better news; it is my dad's 83rd birthday! I am making a turkey and all of the trimmings because that is his favorite meal. My son came from Colorado to spend 5 days with him and we are all enjoying the visit very much. Tomorrow, after we visit Dale in the hospital, we will go to Forsyth for 2 days. We will take the new car for a cruise and dote on cats! I will post numerous pictures, i promise.
See you then.
Posted by dmmgmfm at 8:38 AM 2 comments:

And now, finally, pictures of the new car! 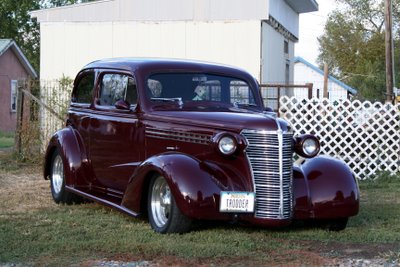 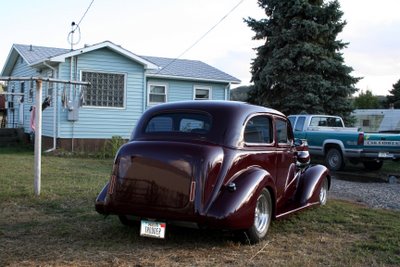 Better pictures to follow, I promise!
Posted by dmmgmfm at 5:52 PM 4 comments:

A Short Walk on the Wild Side 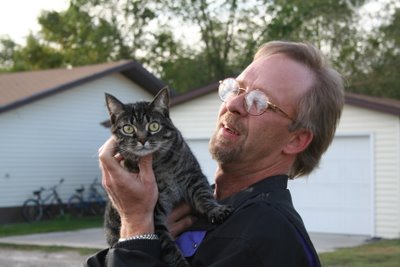 HHDDD and I took the most sedate of our inside cats outside for the first time. Prior to this, she had only been outside in the cat carrier. 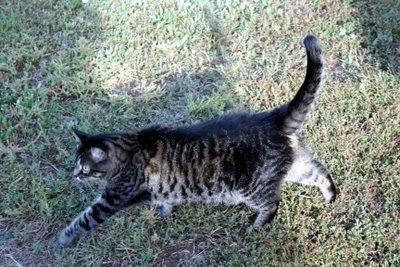 She really seemed to enjoy it. 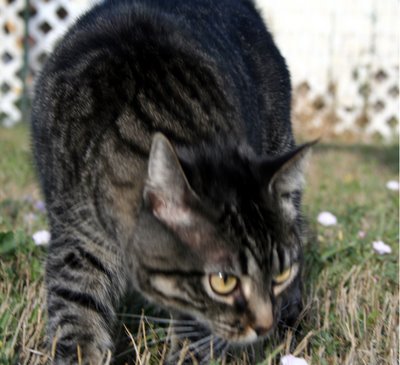 There were all kinds of new smells, 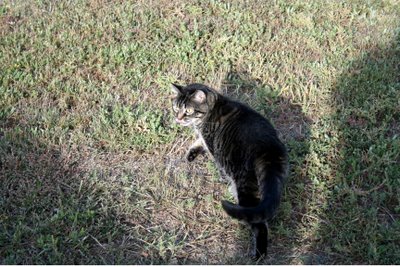 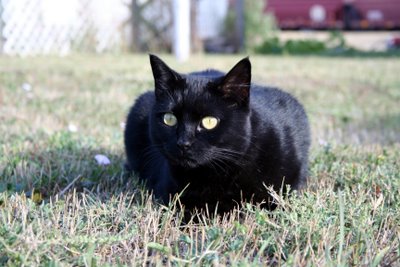 Her mom (the only cat that goes outside alone) watched over her the whole time. I don't think she trusted H and I to watch over her daughter.

Welcome to B Bar 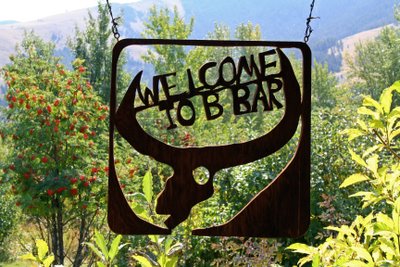 I spent most of last week at a watershed coordinator training conference up Tom Miner Basin. Even though we spent a lot of time learning, there was still time for fun. 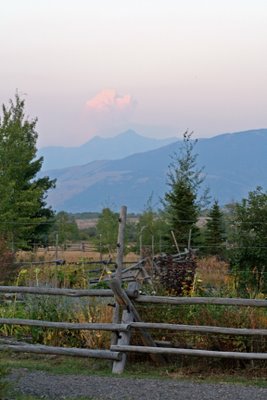 Yes,that is smoke in the background. 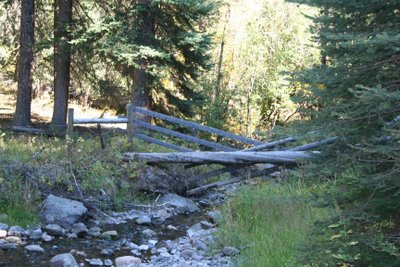 There was an opportunity to hike. 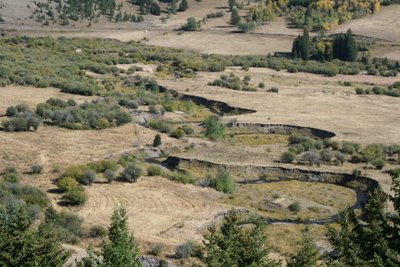 Best of all, an opportunity to take photos, 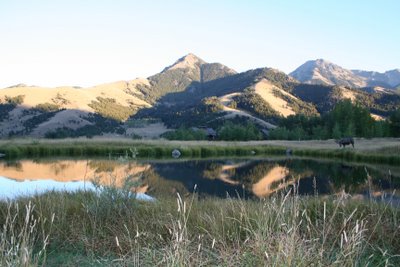 which we all know I love to do. 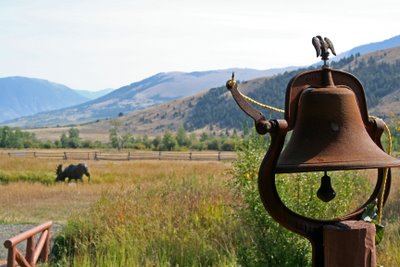 Smoke from the jungle fire was in the air, but it was still breath-taking, 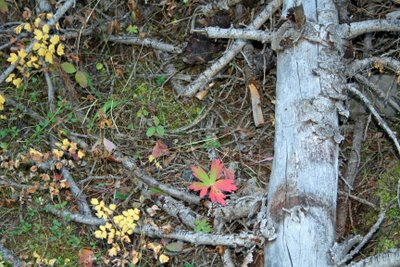 and I feel very fortunate to have been able to attend.
Posted by dmmgmfm at 1:01 PM 2 comments:

This is for Courtney (The Daily Cat Chase) 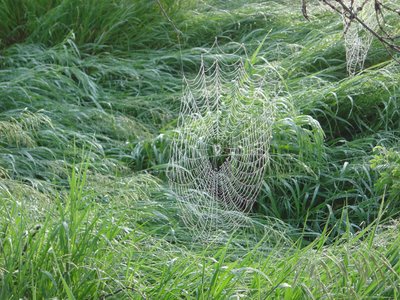 This picture was taken by a co-worker. I thought it was cool so he said I could post it. Thanks Larry.
Posted by dmmgmfm at 7:12 PM 3 comments:

In Anticipation of Furry Friday 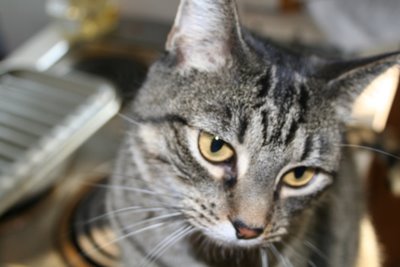 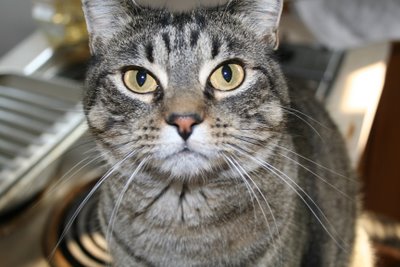 Posted by dmmgmfm at 5:24 PM No comments: 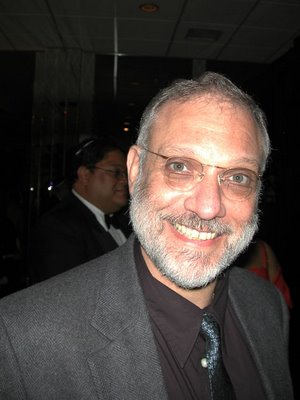 Steven A Jacobson was born on May 25, 1948 and died in tower 1 of the World Trade Center on September 11, 2001. He is survived by his wife of 30 years, Deborah, and his daughters Rachel and Miriam. He is also survived by his sister Janice Friedlander of New City, N.Y and mother, Selma Jacobson of Washington Heights. Jacobson used to call his mother daily and would routinely take her and his daughters to lunch and dinner. Steven's dear friend and co-worker, Victor Arnone, who has talked to her since the attacks, said, "She misses him terribly." His voice breaking, Arnone said, "Excuse me. It's just that I miss him so much, too." 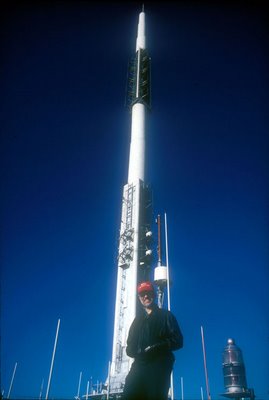 Although I did not know Steven personally, my research has told me that he was a beloved husband, father, son, brother and friend. One of his great passions, aside from his family and faith, was amateur radio and he maintained an open repeater for New York ham radio operators for many years.
Mr. Jacobson was well known for his dry sense of humor. It was a routine for him to invite Jewish friends to lunch at his Manhattan home on Yom Kippur, when, of course, they were fasting. He loved to prowl through ham radio flea markets. Unfailingly, he would ask a vendor, "Do you have a used logbook and a big eraser?" He had a habit of not using turn signals when he drove. When questioned, he would respond, "It's nobody's business which way I'm turning."
The lead transmitter engineer for WPIX-TV in New York, Steve was a hero many times. He kept television stations running during both weather and terror emergencies. During the 1993 bombing of WTC, he stayed on the job until midnight, enduring heavy smoke conditions until the fire was put out, to assure that the transmitter was operating properly when power was restored. When the bomb exploded, Victor Arnone, a WPIX maintenance engineer and a close friend, had gone to the concourse to get lunch for him. He called Mr. Jacobson and yelled: "Steve! Explosion! Smoke! People are running out!" Mr. Jacobson said, "Does this mean I don't get my egg roll?"
In 1996, in the middle of a blizzard that put down 26 inches of snow, he walked 2 miles from home to fix a problem that could have knocked the transmitter off. Steven had a deep fidelity to that transmitter. He cared for it like a sick baby the occasional times when it would "dump" and take the station off the air. Once he used his shoelaces to get it going.
Steven A. Jacobson lost his life on September 11, 2001. He was to work from 8 til 4, but his day ended very quickly when a plane crashed into the building, just beneath the upper floors that housed the transmitters, which Steve Jacobson maintained until the very end.
Steven may be gone, but he has not been forgotten. 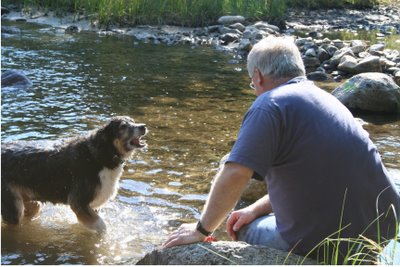 Brother's dog giving him a hard time because he's not throwing the stick fast enough. 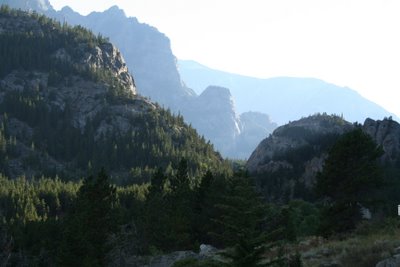 The view near Mystic Lake Powerplant. 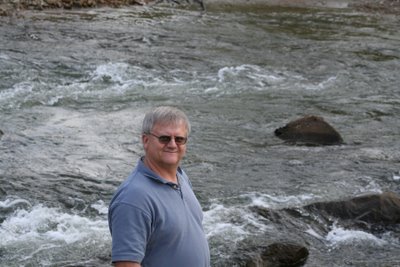 Brother Mike at the "secret place". 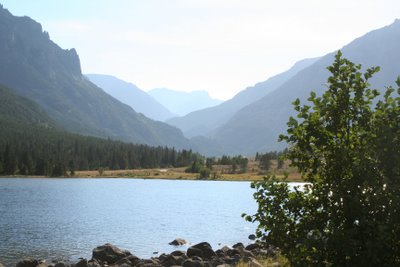 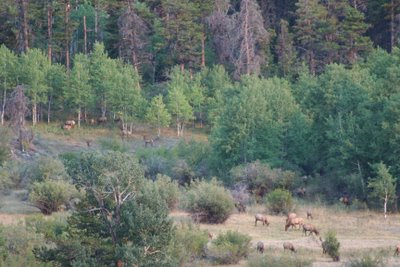 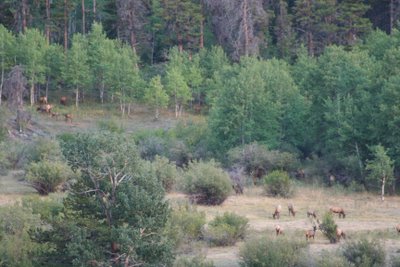 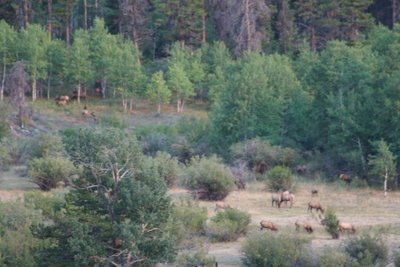 These pictures were taken at about 550 yards and over about a 10 minute period, the elk just kept coming out of the trees.

I have spent the last several days at my dad's in Absarokee. They were/are under evacuation watch. The situation, for the time being, is stable, so I headed back to Forsyth. While I was there I took some pictures. 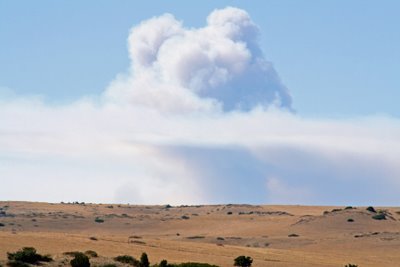 These pictures were taken from Buck Creek, which is outside of Absarokee. The fire was flaring up again. 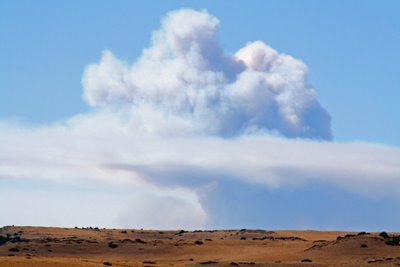 The last picture was taken from West Rosebud, above Absarokee. Quite a sunset. 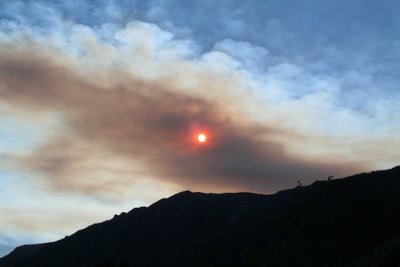 Posted by dmmgmfm at 2:34 PM No comments: