Who'd a thunk it?

I've decided I don't want to go into detail about what has gone on during the last 2 years, it's in the past and I'm all about right now. I will give you the extremely brief version, though, as it may give some insight into why I am where I am right now.

Not long after dad died, I reconnected with a friend from high school and needing a change of scenery, moved to Idaho. Yes, I said Idaho. Really, the parts I've seen have been beautiful, but who moves from Montana to Idaho? Apparently my high school friend and I,` but I digress.

I got a job and a half and things on the surface were good, but inside I was grieving and sad and it began to take a toll on me. My half job required me to be on my feet for 4-8 hours at a time on concrete floors and my rheumatoid arthritis, which had been tolerable for the past 20 years, became quite intolerable, which added to my depression. During my "every six month" CA 125 test, the levels were significantly elevated, so I began a short 6-month course of treatment. As you might imagine, it was not the best of times, though it was nice to know that it was caught extremely early and was quite curable.

I chose not to share this information with my brother, son and cousins, but have done so recently. :) My two best local friends helped me through it and I was able to continue working both of my jobs. As I said, it was completely curable, but it was scary and hard and miserable and I am so glad it is over! It was difficult enough going through knowing the end result would be good, I can't imagine not having any idea what the end result was going to be.

Anyway, the big C was gone, but I still had the RA to deal with. Not liking the remedies offered by my rheumatologist, I turned to a more natural approach. My body was toxic from a lifetime of yo-yo dieting, eating the wrong foods, drinking the wrong things, working in a very chemical environment (scrubber operator at a platinum smelter), being around second hand smoke, eating foods that were laden with chemicals, meat that had hormones and steroids added. I had been through 6 months of chemo and could feel it in every part of my body from my brain to my swollen, gnarled up little toe. I was a ticking time bomb and I knew it.

By the grace of the universe, I was introduced to a woman whose life had been changed by a health and wellness program and she was kind enough to share her experience with me. After I heard her story, I started her program. I replaced two meals with pure healthy nutrition. Four days a month, I did a cellular cleanse to detoxify my body, and it was (and is) SO easy! The program provides the best nutrition on the planet and a way to cleanse the toxins out of the body, It worked for me, better than I could ever have wished for.

I was sitting with my dad at the hospital. I truly believed he would survive his second bout of pneumonia in six months and go back home to the nursing home in a few days. I believed that so strongly that about midnight, I went home to get some rest. At 2am, the hospital called to tell me he was gone. I so wish I had stayed. 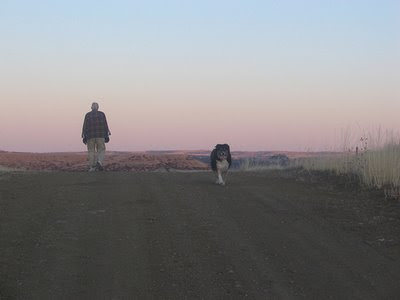 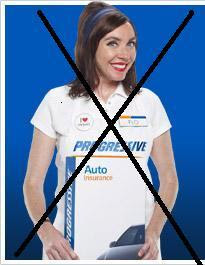 My cousin Kay (we call her the Mother Theresa of our family because she gives until she bleeds) had just gotten her new car when a kid (cop's son, go figure) trying to run a yellow light, hit her at speeds way above the limit. The car was twice totaled (front end damage and rear end damage) because he was going so fast it pushed her into the truck in front of her. Her injuries are bad, she can't work and Progressive is jerking her around in every way possible.

Through NO FAULT of her own, she is now homeless (they won't pay for lost wages because she had a contract to provide services), the exact same car as she had is now $2,000 more because we got a good deal on the first one and there are no good deals now with the Libya fiasco going on, and they wouldn't pay the difference despite the car only being weeks old, and has a whole host of medical issues including badly broken ribs, shattered teeth, and a very bad back injury they are trying to say was only aggravated by the accident because she had back surgery before. So tell me this...she was able to lift and care for a 10 year old boy who has CP and can't walk at all, but the accident only aggravated the injury? C'mon people...

Moral of the story, DON'T BUY PROGRESSIVE INSURANCE and if you are ever in a wreck that wasn't your fault in any way, pray to God that the other person doesn't have Progressive Insurance.

Flo, you should be ashamed!
Posted by dmmgmfm at 2:24 PM 8 comments: