Cousin Danny was a bit nervous about driving in Denver. Realistically I don’t think he’d ever driven in a town larger than Billings, MT, population not-so-much (okay, maybe 100,000), so he called us to ask that we stop to gas up and discuss our strategy for finding the hotel and hospital.

We pulled in to the Little America Truck Stop in Cheyenne, Wyoming at around 2 pm. Having been to Denver many times, I knew that our window of opportunity for an easy trip through the city was already closed. It would be bumper to bumper, and in some cases, bumper in bumper traffic all the way. I warned Danny that we would have to try to stick together as best we could, and he agreed to stay on my tail all the way. 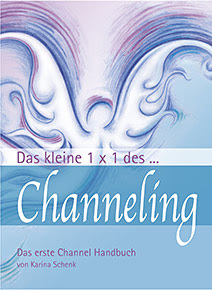 Things went pretty well at first. Danny followed so closely that I joked he was channeling me. I bobbed, he bobbed. I weaved, he weaved. The traffic got thicker and thicker. I bobbed, he weaved. YIKES! I slowed way down (easier said than done in 6 full lanes of traffic—I know I’m preaching to the choir here to all of you urban dwellers, but I’m a country chick with not a whole lot of city driving experience and Cousin Dan had even less), hoping that he would find his way to us. No sign of him. I was so busy watching the rear-view mirror that I missed our exit.

Kay grabbed my cell and tried to call. No answer.

The only thing we could do was go to the next exit and try to backtrack, hoping and praying that Dan and Dale were having better luck than us.

Backtracking…easier said than done for Lewis and Clark. Somehow our canoe got pointed the wrong way and we ended up at Denver International Airport. How, oh how, did we do that, you ask? Well, personally I’m blaming Mapquest. I mean, really, go south for .7 miles….if I knew which direction south was, I wouldn’t be lost now, would I? Have they ever heard of right and left? Apparently not! After visiting D.I.A., we had a nice drive-by of the Denver Zoo and the federal prison. We also found a rather nifty lake with rustic rest room facilities (which were badly needed). 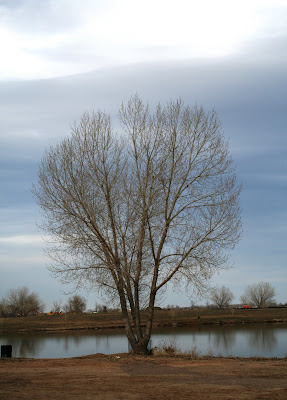 After a really long time (I’m too embarrassed to say exactly how long) we gave up on finding the hotel and decided (to try to) find the hospital and then use the directions the hospital sent us to get to the hotel. How difficult could it be to find Presbyterian Saint Luke's Hospital? We knew what street it was on and Kay had been to the hospital across the street from it. Sounds relatively simple, doesn’t it?

Ha Ha Ha Ha...maybe you should have taken the bus? Maybe it's the altitude?

Hmmm, I surely hope you find your way there eventually. I hate city traffic.
And happy belated one year anniversary. Keep up the good work!

Wow, this is like a mini series! I hate driving in the city and wish you luck. Will stay tuned.

Oh, I have so been there and done that. Just not between Wyoming and Colorado. I am multi-talented. I can get hopelessly lost anywhere.

I think I have finally figured out Mapquest's dirty little secret. They go on the diagonal from Point A to Point B. Why? Dunno. But it usually doesn't have a lot of bearing on actual roads.

I really feel your pain.

Oh no! Poor youguys! I love Denver....I probably wouldn't feel that way if I'd ever driven there though.

But don't feel bad. I get lost in my own damn town. I can get lost on the way to the grocery store.....

And then she just left us hanging there at the prison. Come on.....

Oh dear, it gives me cold chills just reading about your adventure. It sounds like you needed some of those flying monkeys to take up positions over-head and give you a few "monkey's eye view" directions.

Will wait on tender hooks to hear the rest of the story!

OMG Laurie, I can't wait for the next installment. I'm sure you found the guys, but how will be the interesting part!

I can't wait for the next part. Please be safe!

well he will never forget denver!

That's too bad. I hope you found the hotel soon enough.

I hate it when I miss my exit. I do it all the time. No one ever lets me drive.

You tell it so well.

WW, you are such a comedian. And if it was the altitude, I'd be giggly and silly and stuff, which we all know I'm not. Nothing but serious business here. ;-)

Glad you like the song, it's a favorite of mine.

Threecollie, I'm not a big fan of city traffic either. Some of the drivers are really mean! Although some of them are nice, they wave(with one finger) and everything. :)

Pam, I'll try to wrap this up soon, but my dance card has been pretty full lately.

Littlepea, I love Denver too, I just need a chauffer...

Lovebears, I can promise you we didn't get stuck at the prison, although I'm surprised they didn't arrest us, because I kept turning around in places I wasn't supposed to...

Cuppa, the darned Monkeys all went North for some reason or another...you just can't count on them.

Naturewoman, it was a wild ride and I'll try to finish it up soon. I've just been awfully busy (and not just with trying to find my way back to my son's apartment).

Mary, you are so right! I need a Tom Tom Go or Garmin or something!!

Ur-spo, none of us will, most especially Uncle Danny. :-|

Menchie, I am embarrassed to say when we finally found it...

Mist1, I've been told I won't be doing a lot of the driving on my next great adventure...

AC, I'm glad you are enjoying the trip!

Oh dear...sounds like the Beverly Hillbillies....best of luck!! City driving is not for the weak!!

Butterfly, if we are the Beverly Hillbillies, then I must be Jethro, since I am the driver. Oh mercy...

Deep breath ... deep breath. I'm sure you've arrived by now. Hope all is well with you. Still thinking of you.

Carol, thank you! My next vehicle will have a navigational system and built in oxygen!

I'm having a sympathy panic attack. At least you got to see that way cool airport (Wow! You really were lost - that airport is WAY out there) Hope you're all OK.

Who knew? I have lived for 60 years and never knew this.

AC just informed me that the saying is not "tender hooks" but "tenterhooks"!!! Who knew? Not I!

He sure had a good laugh over that one, and his back is giving him nothing but grief these days, so he needed a good laugh. Anyway, he is still chuckling about it and I am now happy that I know the right saying. "Tenterhooks" - sheesh!

Cathy, you are right, we were as lost as lost can be. We were more lost than the Robinson family in Lost in Space!

Cuppa, I had no idea either. I'm glad that AC got a good laugh out of us. Tell him I hope his back feels better soon!