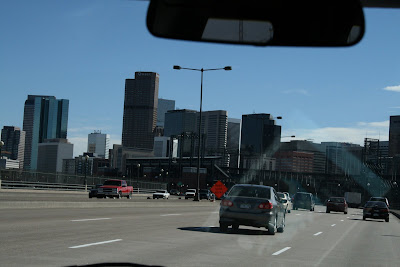 My dear son, a.k.a. Help Desk, Tech Support and Mr. Google Earth, tried to put together a Google Map for me to post that showed the path we took trying to find the hospital. He spent quite a bit of time on it and finally threw up his hands in disgust because they would only let him plot out 10 stops. We had many, many, many, many, many, many, many more than that. Hence I will just attempt to explain it to you.

Here's how it went. Kay had been to Children's Hospital several times for varying reasons. I imagine she will mention it on her blog (which you really must check out) some day, so I won't talk about it here. Anyway, she had been to that location many times and thought she had a pretty good idea how to get there.

We drove down um, er, well, "I Don't Know Street" and then turned on to "What the Heck Avenue". We followed that for several miles until we came to "The Street Named after a President". Kay said to turn "right", which I did, however, apparently her right and my right are two different directions, so I had to make the loop around again. I turned left (a.k.a. Kay's right) and we followed "The Street Named after Yet Another President" until we came to…..drum roll please….THE HOSPITAL!

We were home free! We had directions, sent to us by the kind folks at the hospital, which would take us directly to the hotel! I can tell you, we were feeling pretty confident at this point. Giggling and laughing, we said things like "all roads lead to the hotel" and "nothing but net" (I did mention we were exhausted at this point, didn't I?).

We circled the hospital looking for High Street; no success. We tried it from a different direction, still nothing. We went one more time around the hospital and still nada (by that time I was starting to think that whoever put the map together was probably high).

Around and around and around we went, searching "high" and low for High Street. Every time we passed the entrance to the hospital I'd say "Look kids, Big Ben, Parliament", giggling uncontrollably (did I mention that I get extremely silly when I’m tired?). By about the tenth pass I was nearly hysterical, and I'm pretty sure Kay was concerned for my mental health. She kept muttering something about the psych ward...

We finally abandoned the map altogether and (men, cover your eyes and ears here, I don’t want to offend your sensibilities) decided to ask for directions. We saw a very friendly looking woman talking on her cell phone in front of a house a few blocks from Parliament (see, it still cracks me up). She was very friendly and gave us directions to the hotel, which was about 5 miles away. She said to take a right at the next intersection and follow that street to Quebec Street.

Woohoo!! We were “on the road again”.

We finally called the Help Desk (my son) again for assistance. We told him our current location and he mapquested a route to the hotel for us. I was weak from a mixture of laughter and exhaustion, but finally, the Red Lion Central Denver came into view! We rubbed our hands in anticipation. I kept saying over and over, “The Holy Grail is within our grasp.” Kay giggled in delight. 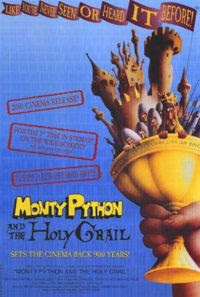 And then the Grail slipped through our fingers. We missed the d&mn turnoff to the hotel and ended up on an off-ramp to I-70!

I won’t bore you with any more of our lost adventures. To sum it up, we called the boy cousins and they HAD found the hotel and were already settled in. We called my son, yet again, for directions to his house, and he suggested we meet him at his work instead. We (and I know this is going to shock you) missed the turn to his work and called him from a shopping center. Fortunately, he was just getting off of work and met us there. He took us out to dinner at a Chinese Restaurant in the shopping mall. I went to use the rest room, turned the wrong way coming out and ended up in the kitchen.

After dinner, my son had us follow him to his apartment.
Posted by dmmgmfm at 1:09 AM

Lucy and Ethel. I love this - don't mention boring. I'm laughing so hard and it's sooooo early in the morning. Great minds think alike - I had Clark Griswold in the back of my mind, too!

Can we make a movie of this? LOL You may be tired and frustrated but we are enormously entertained.

Enormously entertained indeed! Peals of laughter are ringing through my house this morning. Toooooo funny!

Oh my. I would have been hysterical.

It beggars the imagination, I tell ya.

Pam, I was enormously entertained the entire time as well. If you are with the right person, it's fun being lost!

Cuppa, there's more where this came from. I've been here a week and there hasn't been a day go by that I've not been lost, utterly and completely.

Butterfly, I laughed so hard that my face hurt. It was so much fun.

AC, I actually skipped quite a few mis-steps in the interest of brevity...

At least you guys are having fun and laughing about the whole thing. Sounds like a shopping trip my best friend and I took to Orlando a couple years ago.....

I forgot to tell you I like your new profile picture.

Laurie, I posted at 5:54 a.m. Is Denver in a different time zone than Charlotte? Oh, that's right, you don't know where you are anyway. Neither do I. Where are we and what time is it? Chortle.

Littlepea, we did have a blast. Now do tell about your shopping trip!

Mary, "Doh", I think (ha!) we are in Mountain Standard time here, so that probably accounts for the difference. I'm not firing on all cylinders, am I?

That movie is one of my favorites!

Gina, I love it too!

So you are the reason they invented bread crumbs to give to people so they wouldn't get lost when they head into the woods.
Ooops the birds ate the bread crumbs.
What you need is a GPS unit sitting next to you saying -- TURN LEFT here.
Good luck getting home.

KG, You said a mouthful there! I'm not sure there are enough breadcrumbs in the world to get me to my destination...

You have the patience of a saint. By now I would going home. Can't wait for the next installment ...

I think this will be the next new reality show...featuring an all-woman cast/contestants.

The Don't MAKE Me Get My Flying Monkeys Directionally-Challenged Find Your Way (Not) Show...

Modelled after the hilarious antics of a Mildly Misguided Montana Mama in the Rockies.

Surely you must be doing better now...

you are SO going to need a vacation from your vacation.

Carol, I'm not even sure where home is...

WW, would that be a spin off of the tv show "Lost" combined with "The Great Race" and a little "I Love Lucy" (thanks Mary) thrown in for good measure?

Jock, you are SO right!

Wow. Then you've seen most of Denver. Well, that's what they always say about discovering a new place: Let yourself get lost. Or buy a Garmin 330. It'll soon pay for itself with the money you save on 'where the @%&* are we?' gas :0D

Hope you're safely settled in Laurie, and enjoying time with your dear patient son :0)

Oprah and Gayle on the cross-country trip. LOL... This has certainly been interesting and fun to read.

what is 'asking for directions"?

Cathy, we have seen a lot of Denver. Even quite a few parts I'd rather not revisit. Colfax avenue after dark is not necessarily a good place for 2 blonde Norwegian girls from the sticks...

Chani, it has been a blast. However, now Kay has gone back to Billings so it's just *gasp* me making the daily trip across town to the hospital. Yikes!

Ur-spo, I told you to cover your ears during that part. :)

this is the best road trip, ever.

Jen, it has been a wild ride!